Even though Little A is far too young to know, well, much of anything, it was a gorgeous fall day last Saturday and I was all LET’S GO TO THE PUMPKIN PATCH. Even though there was little a 3.5 month old could do. And we didn’t want to get (or subsequently carve) pumpkins. That shit takes time. And is messy. And I don’t particularly like the smell. But #$&!%! it, we were going to go anyway.

Verdict? Little A was as unimpressed as McKayla Maroney.

But clearly we had fun anyway. That’s how we do. Big A and I tried to explain to Little A that almost everything he saw he could eat one day but he still showed no interest, even with the cow.

And then my big camera started acting up and the the battery on the little one was seconds away from dying and I got frustrated but quelled a hissy fit with hot cider. And more goats. 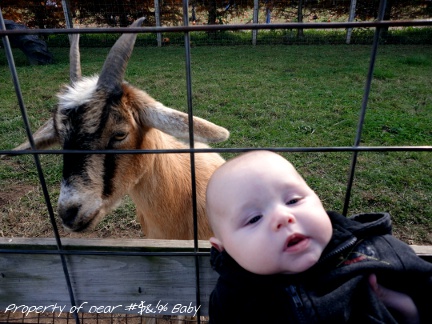 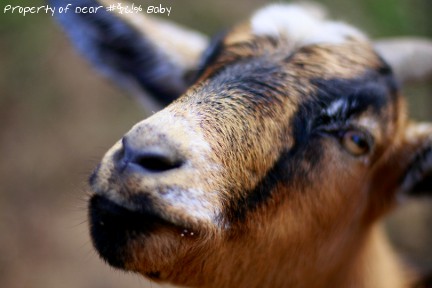 Big A and I contemplated stealing a goat. These goats were the cleanest @#^@! goats I’ve ever seen. The ones in the petting pen must be shampooed and blow dried daily. SO FLUFFY. SO FRESH. SO CLEAN.

We tried to take the quintessential child sitting with pumpkin autumn photo but the kid lacks the ability to sit so it’s more of a lounging with a squash in a field photo.

I really liked seeing all of the other kids there…and imagining how much more involved Little A will be next year and the years after that. But if it takes two years to get to next year, I’d be okay with that. This damn kid is growing up too fast already.

We did buy the little pumpkin we forced him to pose with. But we’re not going to carve it. Too little. And we’re too lazy. But we couldn’t NOT buy a pumpkin from a #@!$! damn patch. We would have looked like pumpkinless fools walking out.

And we certainly couldn’t walk out looking like fools.